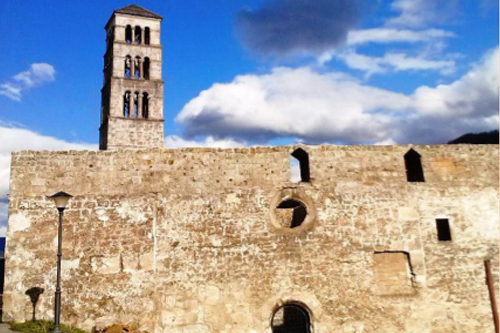 It is located inside the historical town core of Jajce. Jelena Brankovic, daughter of the Serb despot Lazar, after she married the heir to the Bosnian throne, Stjepan Tomasevic, on  April 1st 1459, brought with her, as a part of  dowry, a relic of St. Luke, the Evangelist to the Church of st. Mary. In November 1461 in this church the Papal Nuncio crowned the last Bosnian king, Stjepan Tomasevic.

Members of several families of the medieval town of Jajce are burried in the church. During the Ottoman period, in 1528, the church was turned into a mosque and named after Sultan Suleyman II.

It was damaged by fire on several occasions. After last fire in 1832, there were  only the walls of the building standing there. St Luke’s belltower was added on the North-East side of the church. The belltower was built in the late Gothic style with Renaissance overtones.

The belltower is 23,15 metres high and was  interpreted by local builders. St. Luke’s belltower is the only preserved medieval tower on the continental part of  Balkan. The ruins of the church/mosque during the Austro-Hungarian rule were proclaimed  as a cultural monument under the terms of a law dated 27th June 1892.

The Franciscan monastery of St. Luke, which is located in the fra Antun Knezevic street, was built in the 1885. The Franciscans came to Bosnia in the 13th Century, and are responsible for the illiteration of the  population in these areas. Franciscan monastery has ancient, early Christian and medieval areheological monuments. In the monastery, there are kept body remains of the last Bosnain king Stjepan Tomasevic.

The monastery has an ethnographic collection, library and a souvenir shop. Valuable handwritings are being kept in the library,  like cronicals of the monastery and parish register from the begining of 18th Century. It is possible to visit Mon- astery collection and the library by making  an appointment in the parish office. 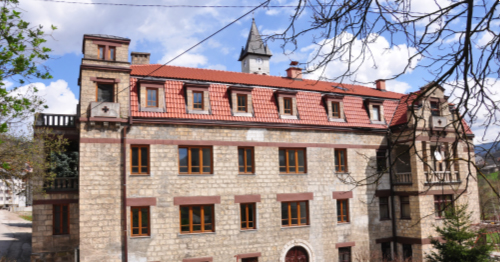 Church of St. John in Podmilacje

In the direction of Banja Luka, 10 kilometres from the city center, there is a church and a place of pilgrimage St. John the Baptist. Podmilačje was mentioned for the first time in 1461 in the charter of King Stjepan Tomasevic. At that time the The Church of St. John was already existing. During Ottoman rule, the church hasn’t been destroyed or damaged. Church of St. John is the only medieval church that continually served its purpose. Every year, on the eve of 24th, thousands of pilgrims regularly come to Podmilacje professing to the St. John.

Miraculous shrine has been known among the people from all parts of Bosnia and Herzegovina, neighboring countries and the world. The shrine has a long tradition of pilgrimage over five hundred years, and is one of the oldest shrines in BiH. Out of faith in the power of healing many people take with them, apart from memories, from spiritual gatherings, rocks, planks and sand as a medicine.